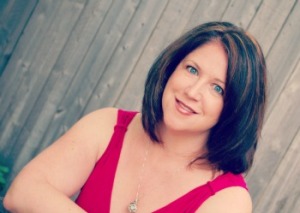 My name is Arin Flynn and I traded in my Human Resources hat of eleven years to wear the best hat of all . . . the SAHM hat!  I live and craft in always sunny Southern California with my husband and my two sweet little girls that are 17-months apart.

I have been an avid crafter most of my life and the tale I have been told it all started the day I was born when I tried to take the scissors away from the doctor.  Creating things that are special and pretty for my family, friends and home truly is my passion.  I have had the honor and privilege to have some of my crafty creations published, which makes me a total rock star to my kids.  I currently design for Kiwi Lane Designs, Xyron, Paper House and as a Guest Designer for Samantha Walker and Craft Warehouse.

When I am not crafting, I am either obsessing over having sparkling clean floors, concocting a new recipe in the kitchen or playing with horses at the barn with my kiddos.

I hope you enjoy your piece of life’s pie that is served up here and that you walk away feeling full and satisfied.

Spoonful Make. Every Day/Courtesy of Disney – Creative Ways to Washi  May 2013

Everyday is an Occasion – October 2012

I Gotta Create!: A Dozen Thanksgiving and Table Ideas – November 2012

Everyday is an Occasion – December 2012